Musical performances of the highest level, a massive technical effort and a fresh music event concept: this would be an accurate summary of the project that the German jazz collective "Filou" and the grooving string trio "Duck Tape Ticket" put together on June 16th & 17th at the domicil jazz club in Dortmund, Germany. At the center of it all: the MUTEC MC-3+ Smart Clock as the master clock to synchronize the recording setup! 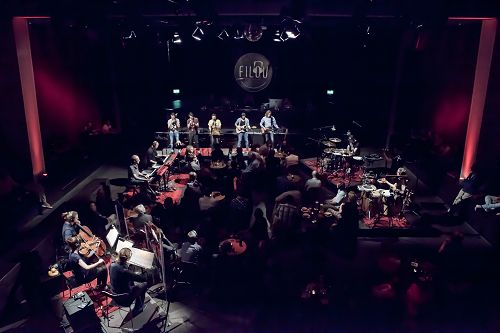 Introducing a cozy atmosphere into the concert hall while abandoning a traditional stage layout and placing the audience in the middle of the room and the action wearing wireless headphones, the band recorded a live album and video production on two sold-out nights in a row. The big beats and memorable hooks of Filou were perfectly orchestrated to meet with the improvisational extravaganza of "Duck Tape Ticket", a German string trio that has already garnered praise in 2013 with their win of the Future Sounds Competition of the jazz days festival in Leverkusen. The conceptual abstinence of a PA ensured an ideal recording environment to capture the events in the club.

On the technical side of things, music producer and recording engineer Julian David and the music documentary production company klangmalerei.tv joined up with the domicil crew and project manager/curator Mark Scholtz to create this unique production concept. At the center of it all: the MUTEC MC-3+ Smart Clock as the master clock to synchronize the recording setup consisting of equipment by RME and DirectOut. With the goal of tracking 48 channels on two redundant recording rigs at the highest possible quality, the quality of the master clock became paramount, as producer/engineer Julian David explains: "I chose the MC-3+ Smart Clock as the heart of my recording setup because of its lowest-jitter clock performance and superior reliability. The MC-3+ delivered in all aspects and therefore made a significant contribution to the success of the project, which was reflected by the positive comments of the band members during the production and the reactions of the audience. Many thanks on behalf of the band and my own to MUTEC GmbH for their terrific support!" 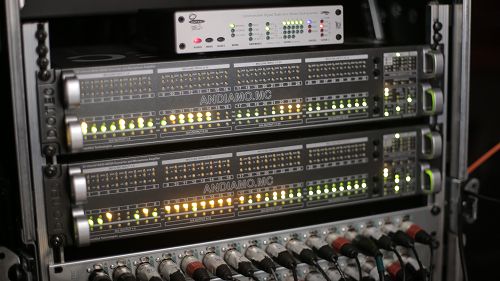 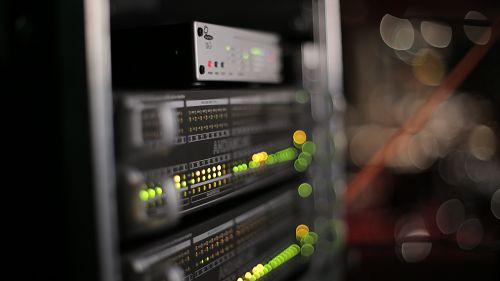 The live album is expected to be released in September 2015 and the videos will be published around the same time. Apart from MUTEC, the project was supported by several other pro audio companies, private investors, and the Rotarian Jazz Fellowship, a European organization recognizing the global impact of jazz music.
More information: www.filoumusic.de 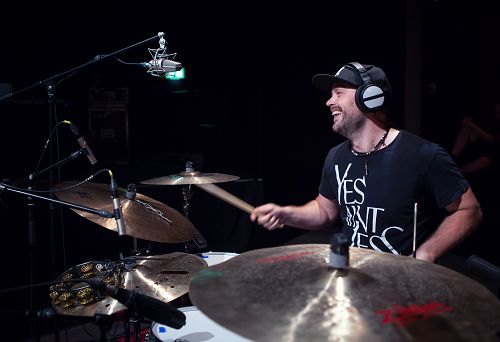 About Filou
The six-piece collective "Filou" describes its instrumental blend of funk, jazz, and hip-hop as "modern groove stylez". This fresh mix of memorable hooks, big beats, and crazy jazz improvisation not only impresses with its richness and energy of a big ensemble, it also leaves no foot or booty to sit still. The two founding members, Christian Samosny (piano/keys) and Hendrik Lensing (drums) teamed up with bassist Julian Köster to start Filou when they met for a studio job at the Luna-Tonstudio in Lüdinghausen, Germany in 2013. It all started with the idea of a massive open jam without the boundaries of specific genres or the limitations of commercial considerations. This idea quickly morphed into a creative band that is characterized by a dynamic interplay and a distinct sense of groove. All the three founding musicians share a love of powerful and energetic sounds of large band ensembles. So the band grew over time as Philip Lütz (saxophones), Sven Kirsten (synths & organ), Alexander Rink (guitar), and Gregor Sonnenberg (bass), the latest addition, joined the collective. These new members have not only enriched the band’s repertoire of ideas and sounds, they have also kept busy contributing their own compositions. Over time, Filou have developed their own unique and recognizable sound that captivates audiences with catchy hooks, driving beats, and atmospheric soundscapes. The six musicians merge their personal musical tastes and influences from jazz, hip-hop, and funk genres to create fascinating performances that you just have to experience yourself. Filou made its live debut at the Frankfurt Musikmesse in 2014 and has been touring extensively since leading to a support gig for the world-renowned band Snarky Puppy in November of the same year. Titled "Filou presents…" the band created their own monthly show series at the domicil jazz club in Dortmund, where they will host a new guest band every month. The live production at the jazz club in summer 2015 marks the pinnacle of their career thus far, but plans for an extension of the show series and other creative projects are already in the works.
More information: www.filoumusic.de

About Julian David
Julian David is a music creator, producer, recording & mixing geek, songwriter, and marketing whiz. He loves to create songs that get stuck in people's brains forever. 100% made in Germany, but trained in Los Angeles, we feels blessed to have worked with talented artists and renowned producers from all around the globe, such as Larry Goldings, Bud Shank, Bill Stewart, and many more. But in 2014 he decided to say Goodbye to the California sun to build his own studio in the Maarwegstudio 2 complex of German producer Wolfgang Stach in Cologne, Germany. His recording and mixing philosophy is a creative blend of old-school philosophy and new-school technology. Having been taught by great engineers and mentors including John Kurlander (Lord of the Rings), Toby Wright (Alice in Chains, Korn), or Ryan Williams (30 Seconds to Mars) has helped him gain a deep understanding of what is really important in creating great music regardless of the genre.
More information: www.facebook.com/juliandavidmusic

About klangmalerei.tv
klangmalerei.tv takes the simplicity and the immediacy of a radio feature, the speed of the internet, and the esthetics of film to forge lean, contemporary motion picture content to visually communicate music. Specifically, klangmalerei.tv creates concepts for visualizing music and implements them by the means of documentary and artistic film methodology. Services includes developing format concepts based on an individual and budget-friendly approach that takes the overall communication strategy and social media marketing goals into account, as well as music features such as music documentaries, live concerts, music videos, Electronic Press Kits (EPKs), and promotional trailers/teasers. The audiovisual composition of the video content draws its artistic direction from the musical performances themselves to form a holistic piece of content – a unique approach that is based on the education of the three owners of the company as audio/video engineers with expertise in music, film, and Tonmeister recording.
More information: www.klangmalerei.tv