June 2016, Berlin. MUTEC, German manufacturer of professional and audiophile consumer audio equipment, is pleased to announce that Sound Mania is now the official distributor for MUTEC’s line of Hi-Fi audio products in Hungary. The deal was closed at the recent High End show in Munich, where MUTEC exhibited for the first time in the company’s history. 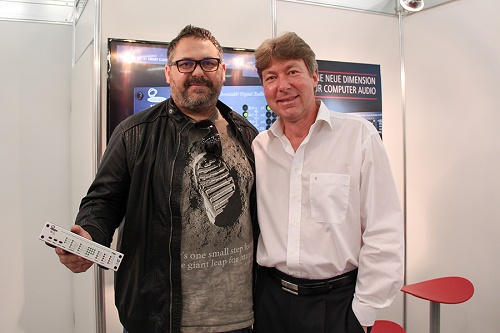 With a wide-ranging portfolio of top-shelf Hi-Fi brands and several showrooms across Hungary, Sound Mania is the ideal partner for expanding MUTEC’s reach in the European high-end market. As of June 1st, 2016, Sound Mania will be supplied with high-end consumer audio products such as the MC-1.2 USB interface and the MC-3+ Smart Clock USB. The latter uniquely combines MUTEC’s proprietary REVIVE Re-Clocking process with a sophisticated USB isolator interface and the 1G-Clock technology proven by many years in the trenches with pro audio mastering engineers such as Maor Appelbaum and Dave Kutch (The Mastering Palace NYC). As a consequence, the MC-3+ Smart Clock USB provides an unheard of sound quality for playing back music streams from computer media players and network libraries.

"Sound Mania is spearheading the beginning of a revolution in computer audio in Hungary and we are excited that MUTEC products will now play an important role in this movement", comments Christian Peters, chief executive officer at MUTEC GmbH.

Bálint Ferenc, owner of Sound Mania, adds, "from the beginning we have been striving to be at the forefront of the developments in computer audio. The addition of MUTEC’s consumer audio products to our portfolio marks another big step in the right direction. As a distributor of several high-end brands with pro audio roots such as Trinnov, Merging, and Antelope, we understand the importance of correct clocking. The MC-1.2 and MC-3+ Smart Clock USB not only allow connecting a computer to a DAC with ease, but they in fact enhance the sound performance by a big margin." 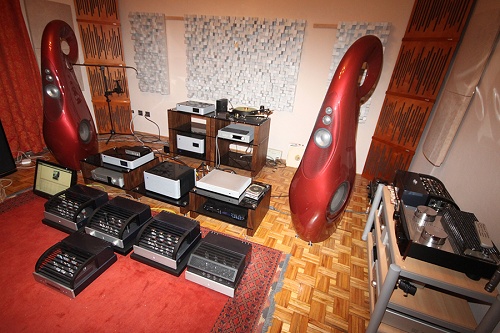 One of Sound Mania’s Hi-Fi show rooms in Hungary

MUTEC products are installed in leading-edge broadcast and television stations, well-respected recording and mastering studios as well as renowned musical theatres, opera houses and universities all over the world. The new line of audiophile consumer products takes our experience from the broadcast and pro audio world into the listening room at home to provide an unprecedented music experience.