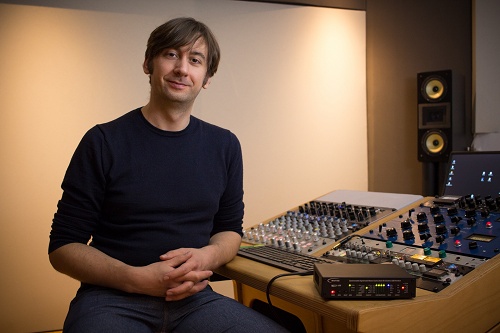 With over 15 years of mastering expertise and an a-list roster of German pop and rock artists, Alex Kloss’ name is synonymous with high-end analog mastering. Clients such as Max Giesinger, Jupiter Jones, Peter Fox, and BAP have entrusted him to craft musically convincing products at the utmost audiophile quality. Two years ago he set up shop in the creative hot spot of the Cologne Maarweg Studios (home to Maarwegstudio2, Tinseltown Music, Rain Productions, Monkee Music, among others), where he runs his own exquisite mastering suite. In his work he relies on premium mastering gear by Sontec, Avalon Design, Manley Labs, api, Tube-Tech, and Smart Research. Conversion duties are handled by Lavry Gold and DCS converters followed by a top-notch Lipinski monitoring setup.

"The MC‑3+ Smart Clock USB is a digital Swiss Army knife with audiophile aspirations for me. At the moment, I mostly use it as a USB-to-AES interface for clients who like to bring their production laptop to the mastering session. As such the MC-3+USB provides a convenient, highest-grade integration with my system. It also provides a clear sonic benefit when used as a re-clocking unit in the signal path to the D/A converter. In general, the MC-3+USB has proven useful in a variety of applications based around clocking and syncing. What a great investment!" 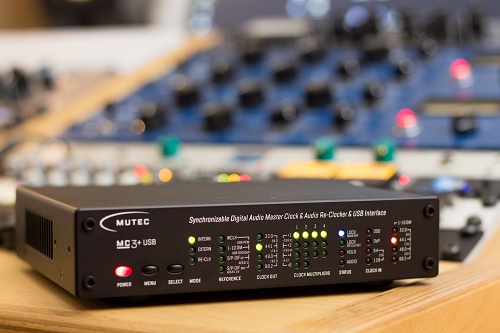 The MC‑3+ Smart Clock USB acts a class-compatible audio device on Apple Mac computers and requires no additional driver installation. A low footprint, high stability driver is quickly installed for operation with Windows PCs. As a result the MC-3+USB is ready to go in no time and with great ease of use.

Electromagnetic interference of any kind, but particularly those caused by audio computers and other IT devices, will induce noise and seriously disturb the audio transmission. In order to eliminate these disturbances and avoid their damaging effect on the conversion process as much as possible we MUTEC has developed a new signal-isolating, asynchronous USB interface for the MC‑3+ Smart Clock USB. It has been designed as a dedicated building block with a power supply that’s independent from the main board of the unit. In addition, the USB interface is galvanically isolated from the other parts of the circuitry and employs its own ultra-low noise audio oscillators that once again are autonomous and isolated from the other processes. In combination with IT-based high-speed isolators we have achieved exceptional reduction of the impact of noise interference within the USB data stream yielding a USB interface that’s virtually immune to any interference problems caused by PCs, laptops or music servers.

In addition, the proprietary REVIVE Re-Clocking that Alex Kloss mentions is unique in its implementation. Extreme oversampling of incoming data allows the audio to be recombined and merged with a newly generated ultra-low jitter 1G-Clock signal at ultimate precision, enhancing the re-clocked audio with unparalleled richness of details, spatiality, and musicality.