For years, high-end mastering studio Sonic Korea Mastering in Seoul has trusted the proven MUTEC REF10 to generate the reference clock in its setup. But then senior sound engineer Hoon Cheon got the opportunity to hear the Special Edition of the REF10 in the form of the REF10 SE120. And he was extremely taken with it: 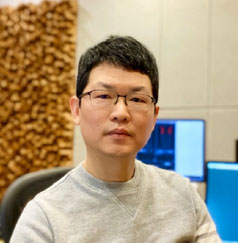 Word Clock plays a very important role in a mastering studio. I have been using the MUTEC iClock since long time ago, but in August 2017, I installed the MUTEC REF10 and was immediately impressed by the sound improvement. The clarity of the sound, the wider stereo image and the low-end resolution make the main converter sound so much better. However, when I received the newly released REF10 SE120, I was very impressed again at the moment of monitoring.
The music is delivered more delicately, and the mid, low-end performance has been upgraded to an incredibly high degree. I have no doubt that the REF10 SE120 will play a big role in upgrading my sound to the next level. As a result, Sonic Korea Mastering has added the REF10 SE120 to the list of equipment to deliver the best results to everyone. I hope you also can experience the upgraded sound with MUTEC REF10 SE120.

With a history of 30 years, 50,000 albums and 3,000 customers, Sonic Korea Mastering is the leading mastering studio in Korea. We are very pleased that this exceptionally renowned studio relies on the MUTEC REF10 SE120 for reference clock generation and see this as proof of the exceptional quality of the product.