The 10 MHz reference master clock MUTEC REF10 SE120 excels once again in the professional studio environment. Two units of this top model from MUTEC were recently installed at Zino Mikorey. 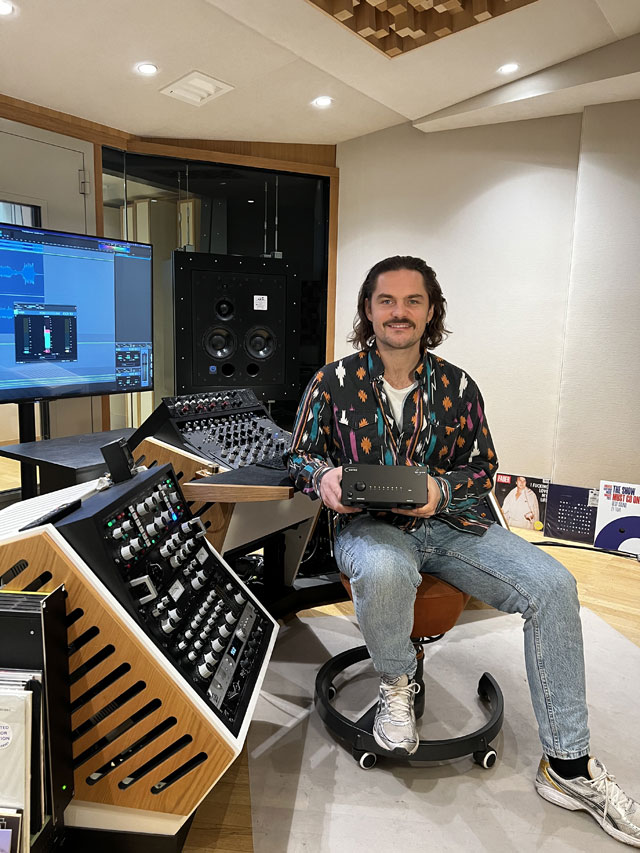 We are all the more pleased that Zino Mikorey decided to entrust the central digital clock management in his absolute high-end environment to the REF10 SE120 10 MHz reference master clock. The integration of this top model from the MUTEC range has vital positive effects on his work, as Mikorey states:

I am really impressed with the REF10 SE120! It unleashes so much energy in the transients and enlarges the three-dimensional appearance of the recording so much that I would love to reprint all of my masters of the last years. Through the diminishing of distortion and jitter it also sounds louder which is a dream for mastering. The sound of the analogue-to-digital converter clocked with the REF10 SE120 becomes cleaner, bigger and deeper. As a result, I get where I want to go faster.

According to Zino Mikorey, a reference master clock like the MUTEC REF10 SE120 plays an immensely important role in a mastering setup: It determines all the conversions and stabilises the whole system. The sample-to-sample accuracy of the AD conversion defines how well the spaces and depth of the mix are reproduced and enhanced.

That's why Zino Mikorey relies on a REF10 SE120 for more than just his stereo mastering setup. In the newly opened Dolby Atmos studio, a second REF10 SE120 performs its duties very well. Even in Atmos, the REF10 SE120 improves the resolution of the masters and mixes, is Mikorey's view of the influence of the MUTEC reference master clock in multichannel productions.

The use of those two REF10 SE120s in both mastering studios of an internationally esteemed engineer like Zino Mikorey is further proof of the extraordinary quality of this ultimate 10 MHz reference master clock from MUTEC.