Nowadays Digital audio is often associated with the media-free streaming of music files. But for many music lovers, the classic compact disc continues to be very popular. The passionate music lover and audiophile Willem Zimpel is representative of all those CD fans who do not want to miss the tactile feel of a sound storage medium.

Zimpel runs the company Schallquelle in Frechen near Cologne, which sells different types of audio equipment, but only one kind of speaker: The Mundus Naturschallwandler (natural sound transducers). Closely connected with this, he offers courses on the subject of hearing training and hearing regeneration. This offer is primarily aimed at people who have a hearing problem. In this setting the use of the Mundus Naturschallwandler is essential due to their unique construction, which, according to Willem Zimpel's belief, brings them particularly close to natural sound reproduction. 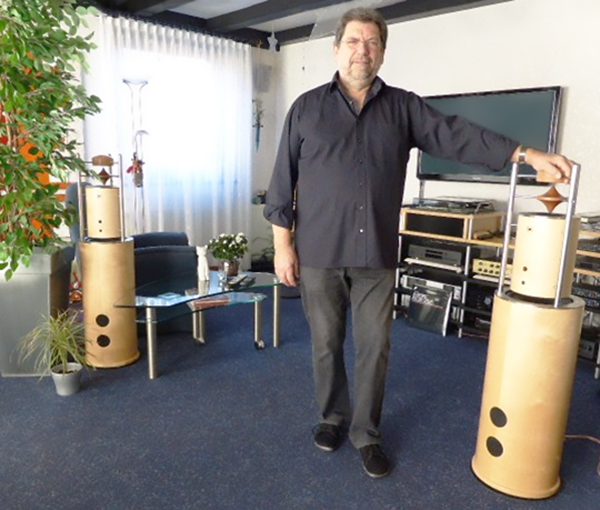 The step towards the CD was not an easy one for Willem Zimpel, who for many years has been a dedicated analog purist - until he discovered the MC3+USB from MUTEC:

The year 2016 was a game changer for me in terms of CD playback. As a die-hard analog listener, I always had mixed feelings about the CD. Nevertheless, I went on a quest to discover the hidden potential of the CD, embarked on the MC3+USB adventure and included it in my listening set.

The influence of MUTEC's versatile audio interface had a significant impact on the sound quality of Willem Zimpel's hi-fi system, which had otherwise not changed in any way:

Something no longer corresponded to my previous perceptions of CD playback. Long listening times with recordings I know best followed, then my impression consolidated: voices are more truthful tonally and in size, sibilances are greatly reduced, stage imaging is expanded. The volume level may also be increased with pleasure.

In the ongoing process of continuous improvement, Willem Zimpel has steadily expanded the number of MUTEC devices in his hi-fi system over the years. A second MC3+USB was added, then came the REF10 reference clock generator, which was later followed by an upgrade to the ultimate REF10 SE120. This seemed to be the end of his journey to optimize CD sound. But it wasn`t, as Willem Zimpel discovered:

I recently read the report about Peter MacTaggart, who cascaded eight MC3+USB. So I had to get at least a third one. Now my view of the CD was once again an entirely new one. Another level is possible. I absolutely understand and agree with the statements of Peter MacTaggart.

The detailed report on Peter MacTaggart's installations with multiple MC3+USB units can be found here.

For all MC3+USB users Willem Zimpel has another recommendation at hand:

Through many listening comparisons with real fiber optical cables, also in cascading mode, for me the sound image is still a bit more open and pleasant than with coaxial wiring via AES/EBU. My advice: give it a try! 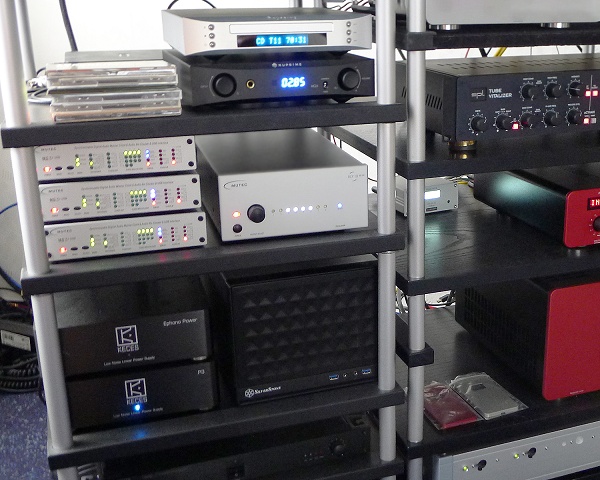 By combining three MC3+USB interfaces with a REF10 SE120 reference clock generator, the playback of the much-heralded compact disc reaches a new level. For Willem Zimpel, the case is very clear:

With this admittedly high effort, the CD sounds like analog and still has absolutely every right in music reproduction today, alongside vinyl and tapes.